No matter if you're a relaxer, or an adventurer; as Kiwis, we love travelling to South Africa.

Whether you want a cheap getaway, or you want to escape to luxury - South Africa has you covered.

In our extensive guides we can help you work out how much everything is going to cost. 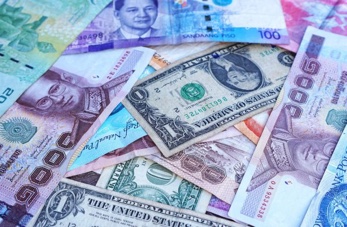 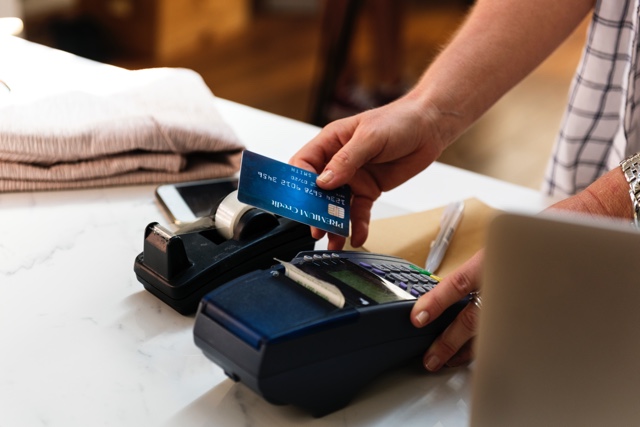 The Best Travel Cards to Use in South Africa

How Much Things Cost in South Africa

What Currency is Used in South Africa ?

The currency used throughout all of South Africa is the called the Rand. When looking for currency conversion its ISO code is ZAR, just as New Zealand Dollar's ISO code is NZD.

Currency needs to be on your to do list. Here is some general information about the South African Rand and some tips and tricks to get the best deal on your conversion from NZD to ZAR.

How to buy South African Rand before your trip

This is usually the cheapest way to buy currency, but you need some time. You can choose where to pick the order up from, and in some instances can get home delivery.

This is the best way to get currency quickly. You will find them in major shopping centres and towns.

Most banks do exchange currency. The issue is that they often have high fees, and don't offer very good rates. It's always better to compare rates elsewhere before deciding, but as a standard rule it's best to avoid your bank. Especially for a popular currency like South African Rand.

Yes, you can buy currency at the airport. But that doesn't mean you should. While it's convenient, it's also very expensive.

Order online and pick it up at the airport

How to buy Rand in South Africa

If you decide to buy your currency when you get to South Africa, the first thing you'll need to do is make sure you have New Zealand dollars in cash. This way you can exchange it when you get there.

Similar to New Zealand, it's best to avoid buying currency at the airport and the bank, and better to do it in one of the major city centres.

You can use this link to find Travelex stores in South Africa.

There are lots of banks within South Africa to help you exchange your Aussie dollars. The listed banks below have branches in  are located in Cape Town, Durban, Johannesburg, Soweto, Pretoria, Port Elizabeth and Pietermaritzburg.

What do the notes and coins look like in South Africa?

The notes are structured in the same way New Zealand ones are. The notes themselves are designed differently, but they are the same type. South African Rand are made up of:

Each Rand can be divided into 100 cents. In South Africa, the coins used are:

The R1 and R2 look similar and R5 looks similar to 1EUR.

Is it cheaper to convert currency in New Zealand or South Africa?

Exchange rates change frequently, and every provider offers different rates. This makes it hard to say what the cheapest way and place to exchange currency is.

When you're travelling to a place like South Africa you can often get good exchange rates when you arrive because Kiwi travellers go there frequently. This means money exchangers in South Africa are happy to trade between NZD and ZAR.

Just steer clear of exchanging currency at the airport. On both ends, the rates will be much worse there than in the city centres.

To find the best way to buy ZAR, you can read our guide here. 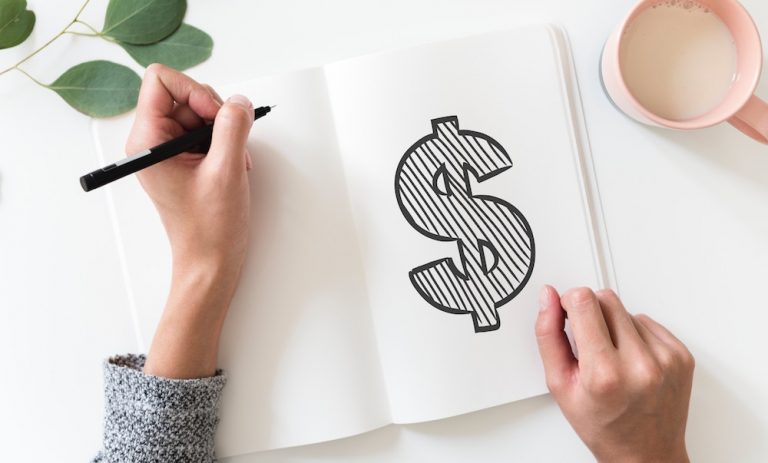 The Best Travel Cards For Kiwis to Use in South Africa

It can be tricky working out which is the best travel card to use in South Africa.

The fact is, the best one for you will really depend on what you need from the card you're using.

We've listed what we think are three of the best prepaid travel cards you can use while you're in South Africa.

What are different types of travel cards?

They can be either prepaid, debit or credit cards designed specially for using overseas. You can use travel cards to make purchases online, in stores and to withdraw money at ATMs. There are 2 popular types:

Let's have a look at each one.

For prepaid cards, you're able to load the card with a set amount of money in the currencies you need. Ideally you do this before your trip, but often you can reload them as well.

Most prepaid travel cards allow for multiple currencies to be loaded onto the card. So it's important to know what currency you'll be using on your travels. Airlines also offer prepaid cards so the money you spend can earn you reward points.

With prepaid travel cards you need to be careful, as they can have numerous fees and charges which can make it more expensive than other options. But if you're organised and travelling to multiple cities a prepaid travel card is a good option. 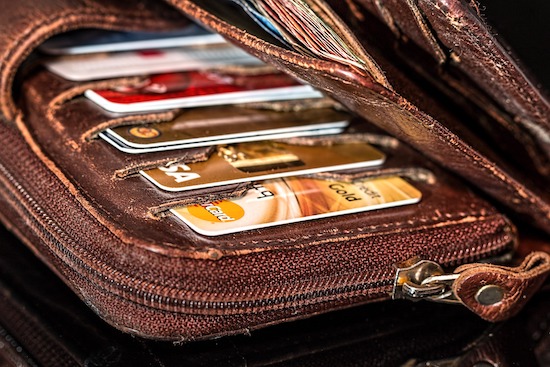 The Travelex Money Card is our best value prepaid travel card. With this card:

Credit cards have obviously been around for a long time. But now there are specialised travel credit cards. Generally, these cards give you longer to pay back what you've spent but the interest rates after this time can be quite high.

The main advantage with credit cards are the reward points you get in return for your customer loyalty when you spend. But it only works if you pay off the balance in full each month.

Credit cards are great to use for car hire, restaurants and accommodation - larger expenses that are easier for you to pay back over time. Some services only take credit cards to hold purchases so they can definitely be handy while you're travelling. 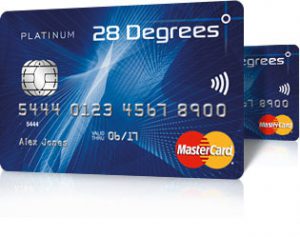 The 28 Degrees Platinum Mastercard is our best value travel credit card. With this card:

The 28 Degrees Platinum Mastercard has additional benefits including shoppers and repayments benefits cover. For more information read our review.

How Much Things Cost in South Africa

South Africa is becoming an increasingly popular destination for Kiwis. And with the weather, food, activities and safaris - it's not surprising. Travelling somewhere new for the first time can make budgeting a bit difficult. But it becomes easier to plan your holiday once you know how much things cost in South Africa.

To give you a better idea of how much everything is going to cost, we've listed some essential things you might need on your holiday like accomodation, transport, food and more.

All the prices we've quoted in this article are in New Zealand dollars but you can visit our currency converter to find out what the exchange rate is between the NZD and ZAR.

Before you head to South Africa, learn about:

Is it Expensive to Visit South Africa?

How much money do I need to bring?

The answer to this question really depends on the type of holiday you're planning. Will you be backpacking and staying in hostels? Will you be living it up at a fancy hotel? If you want to do it on a budget, you easily can or you can splurge and go on a luxury holiday.

South Africa can be a slightly more moderate country to visit, compared with other destinations. Having said this, there are ways you can cut costs if you need to.

Here we have listed an estimate of what you'd need, per person, per day depending on your holiday.

How much does food cost in South Africa?

Food is a pretty important part of a holiday, and a great way to get to know a country. Especially somewhere like South Africa where there is delicious food to try on every corner. In South Africa, you can really decide how much you want to spend on food everyday. You could get by on as little as $30NZD or if you're fine dining you could spend a lot more! Below we've listed some general prices for eating and drinking out, and the cost of some other bits and bobs.

How much does it cost to fly from New Zealand to South Africa?

Like flying anywhere in the world, flights between New Zealand and South Africa can change depending the time of year. Having said this, there are often sales that can get you there quite cheaply.

The flight prices also depend on where in New Zealand you're flying, there are lots of direct flights from Perth, and from other capital cities you can easily get flights.

Generally the average cost of a return flight to O.R.Tambo International Airport in Johannesburg from Auckland or Christchurch will cost you about $1,300 - $2,600NZD. 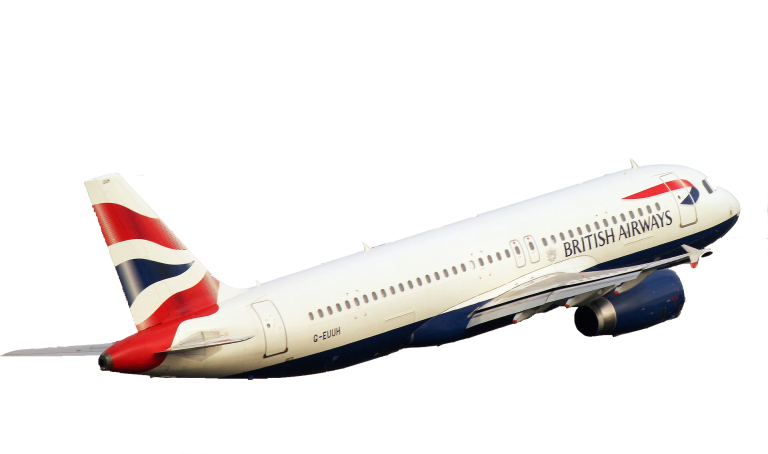 Despite the large distances, travelling around most of South Africa is fairly straightforward, with a reasonably organized network of public transport, a good range of car rental companies, the best road system in Africa, and the continent’s most comprehensive network of internal flights.

South Africa’s has many established intercity bus companies such as Greyhound, Intercape  Baz Bus and Translux.  They reach most towns in the country and travel on these buses is safe, good value and comfortable. The vehicles are usually equipped with air conditioning and toilets.

If you have a limited time for your South African holiday, travelling by plane is an attractive option. South African airways offers the largest number of domestic flights. Budget airlines like Kulula, Velvet Sky and Mango, have more limited networks than the big airlines, but generally offer better deals on the major routes with several flights per day.

Shosholoza Meyl is a long-distance passenger trains system that connects major cities on a regular basis
Premier Classe trains link Cape Town & Johannesburg weekly. It is luxury train for those on a budget
The Blue Train is a luxury train from Cape Town to Pretoria
Rovos Rail is another luxury train servicing the major cities

Utilising tours is a great way to meet other travellers and learn about the area you're in. If you're looking to have a completely guided tour, you could consider looking into companies like Intrepid, Wendy Wu or Peregrine. But even on a smaller scale, you can often find guided tours to different parts of the country which can usually be organised through your hotel or hostel. These may set you back a small fee to cover the cost.

Viator is a great website to get information about tours you can do throughout South Africa! 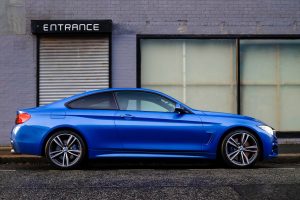 You can hire a car in South Africa, in fact travelling by car is the only access to some national parks and coastal areas.

In order to drive there you will need to obtain an International Drivers Permit (IDP) which you can do in New Zealand. Remember that if you're hiring a car and you're under 25, it is usually more expensive than it is for older drivers. Road maps are a worthwhile investment and are readily available in South Africa.

Price of a Rental Car in South Africa, per Week:

You can somewhat be flexible about how much you spend on accomodation when you get to South Africa. If you're keeping it low key and don't want to spend much, there are hostels, or you could live it up! Below are some rough guides to how much you can expect to pay.

Accomodation on a budget, like hostels cost about $30 to $100NZD a night.

Mid-range accomodation like a double room in a 3 star hotel will probably cost between $100 and $350NZD a night.

A double luxury hotel room will cost from $350NZD up to as much as you're willing to spend per night.

Using the following sites will give you an even better idea of how much the accomodation you're after will cost you.

As wages are low here, and tipping is expected.